The Atlantic published a piece on Tuesday outlining an apparent rise in tri-parenting arrangements chronicling the path of an asexuality activist.

The Atlantic published a story on Tuesday outlining an apparent rise in tri-parenting arrangements, in which the author chronicles the path taken by an asexuality activist in northern California starting a family with another married couple without actually dating.

“The idea that the default family unit consists of two straight parents and their children is outdated and doesn’t reflect the U.S. today,” New York writer Angela Chen wrote for the magazine. “One 2014 Pew Research report, for example, found that fewer than half of American kids lived in this so-called traditional family environment. Divorce and remarriage are more common than they once were, as are blended families and stepfamilies – many of which feature a third parental figure.”

The statistics cited from the 6-year-old report from the Pew Research Center however, show that 46 percent of these children were living with two heterosexual parents in their first marriage. Another 15 percent were reported living in two-parent homes where one or both have been re-married, bringing the actual number of American children living in two-parent households to 61 percent, more than half.

More recent data shows that two-parent households have actually ticked upwards in recent years. According to an Institute for Family Studies analysis of the 2018 American Community Survey, the largest annual social survey conducted in the U.S., the percentage of American children in two-parent homes rose slightly from 61 percent to 62.3 percent.

More data from Bowling Green State University shows two-parent family structure has remained the norm since 2010, where more than half of the nation’s children have consistently lived under such an arrangement. 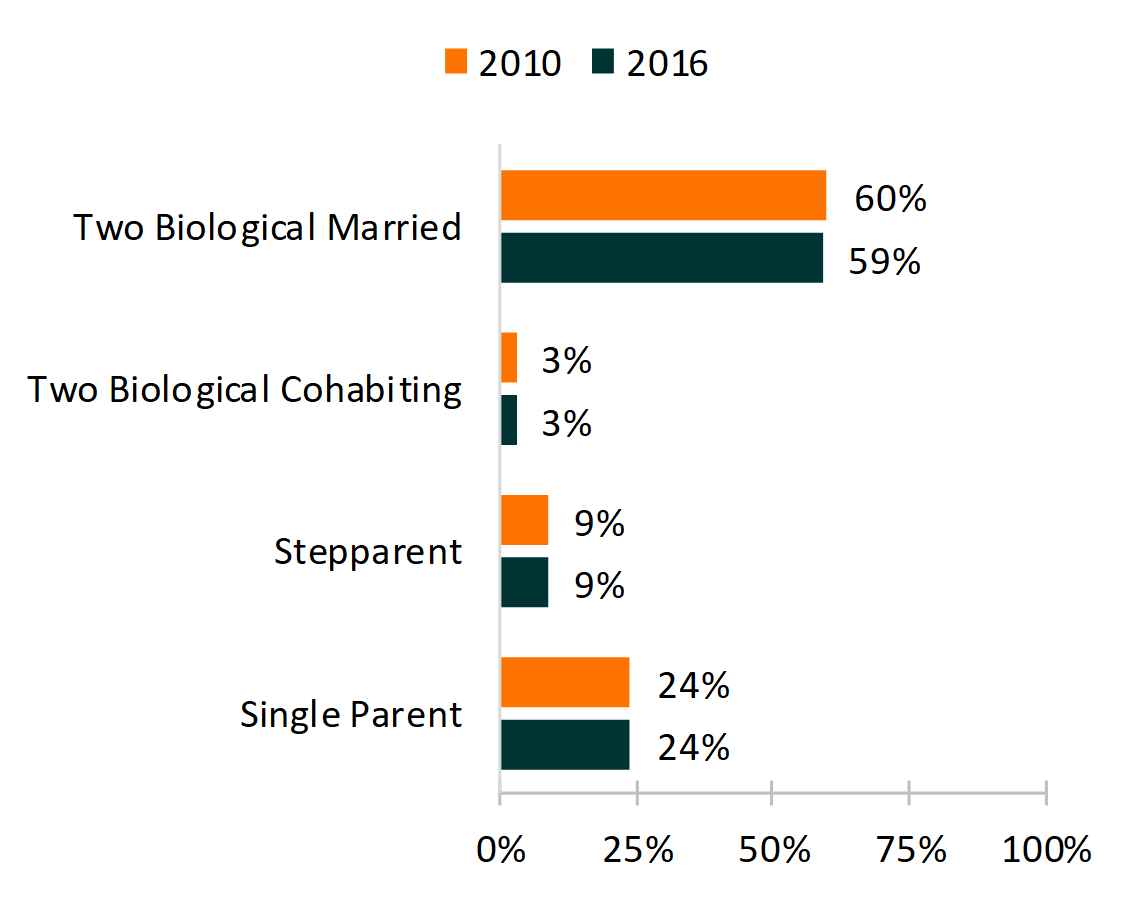 According to a congressional report from the Joint Economic Committee, the numbers for children living in two-parent households is even higher at 70 percent.