Axios deleted a tweet doing journalism on Monday and replaced it with overt activism that protects Vice President Kamala Harris in spewing lies about the pandemic preparedness that this administration inherited from its predecessor.

The original post, featuring a brief interview between Axios co-founder Mike Allen and the vice president, included critical context to correct Harris’s erroneous assertion that the Biden White House has been forced to start “from scratch” on coronavirus vaccine distribution.

“We’re starting from scratch,” Harris said to Axios on HBO, “on something that’s been raging for almost an entire year.”

The initial text accompanying the video included Harris’s statement along with another from National Institutes of Health Director Anthony Fauci disputing the claim repeated by White House staff last month.

“We certainly are not starting from scratch,” Fauci told reporters during a press briefing.

In fact, the White House is starting far from scratch. Below is the coronavirus vaccine distribution program outline by the Trump administration’s triumphant Operation Warp Speed. 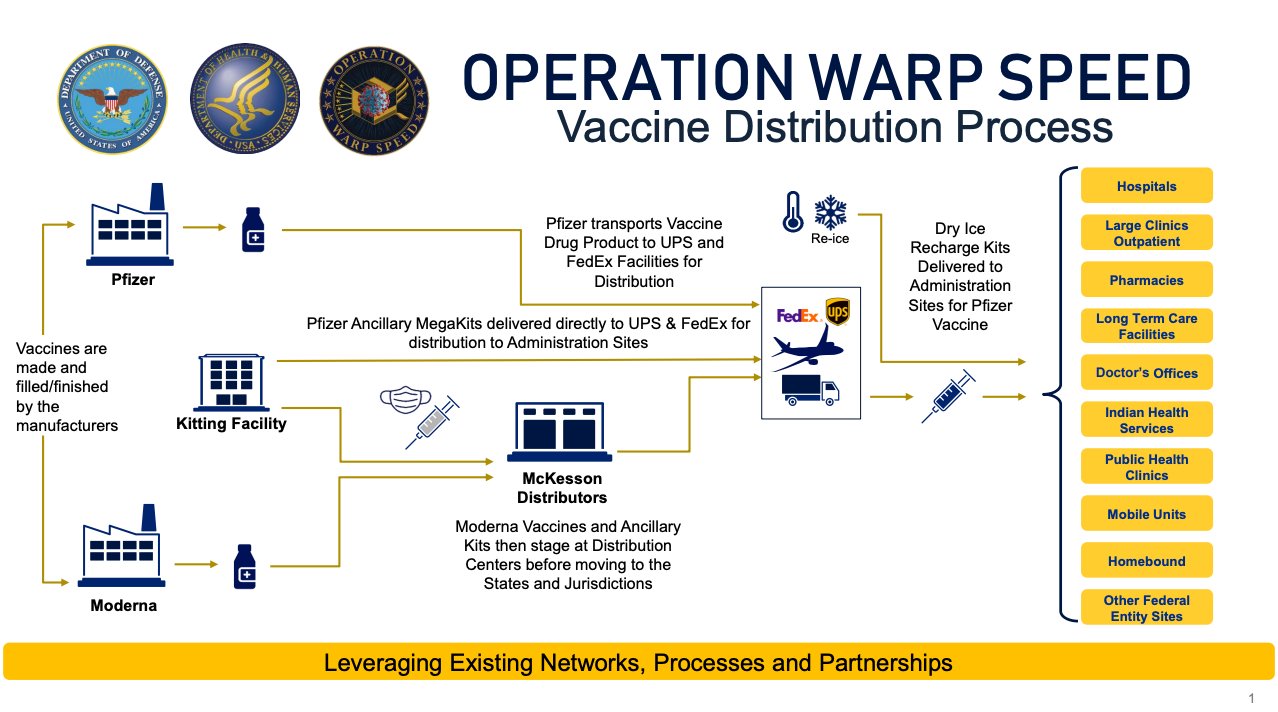 While the Biden team first came into office pledging a goal of 100 million shots administered in the first 100 days, the pace to achieve that threshold had already been accomplished by Trump hitting 1 million shots per day. Biden then changed his goal to reaching 150 million, which would inoculate about a fifth of the entire U.S. population, including the most vulnerable and essential workers.

VP Kamala Harris to #AxiosOnHBO: "There was no national strategy or plan for vaccinations, we were leaving it to the states and local leaders to try and figure it out." https://t.co/J74aERHPnW

This decision to protect Harris comes several days after news broke that the publication’s beat reporter for the vice president’s office, Alexi McCammond, is in a romantic relationship with former White House deputy press secretary TJ Ducklo. Ducklo resigned Saturday following comments reported in Vanity Fair that exposed derogatory language he hurled at a Politico reporter who inquired to McCammond about the story.

“I will destroy you,” Ducklo reportedly threatened Politico’s Tara Palmeri to shut down the story, only for it to be published a month later, alongside a glowing feature about the couple in People Magazine the week before.

McCammond’s own work has raised questions about the nature of her relationship affecting the narratives she publishes or doesn’t publish. When Harris made headlines for claiming West Virginia coal miners go digging up land mines, the comments can’t be found under McCammond’s byline and are only featured in a passing reference on Axios’s online pages.

Allen, meanwhile, did nothing during the interview to fact-check Harris and merely followed with a question accepting the vice president’s premise that the Trump White House left Biden’s completely unprepared.

“Are you having to adjust your sights now for what’s possible, given that?” Allen asked.

“Our standard has to be everything is possible but we’re going to have to work like heck to get it done,” Harris said, offering aspirations absent specifics.

“What’s your signature issue?” Allen later asked, noting vice presidents often take on a major policy item of their own.

Harris said simply it was to ensure Biden was a successful president.

Given Biden’s aggressive pursuit of a partisan, progressive agenda illustrated in his first month, Harris is likely governing with generous influence over the president’s decisions, a predicament prophesied by conservatives since her nomination. There’s no need then for Harris to take on a single issue of her own.