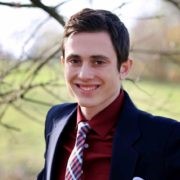 The recent shootings in Uvalde, Texas; Buffalo, New York; and Highland Park, Illinois, led to discussions in Congress about whether to increase gun control. While the left would like to increase restrictions on buying a firearm, many on the right are hesitant to put tighter restrictions, such as red-flag laws, in place.

Aside from the recently passed Bipartisan Safer Communities Act, Republicans and Democrats will continue to struggle to compromise on this issue, but both concede a serious mental health crisis is driving many mass shootings. In response, Congress will most likely pass bills designating money to programs addressing mental-health disorders through established mental-health programs, like the federal Mental Health First Aid (MHFA) program implemented in American schools to improve student mental health. But should they?

MHFA was intended to train students and teachers to be able to spot, diagnose, and report mental illnesses to trained professionals in order to prevent a future tragedy. In an interview with the Washington Post, Rep. Kathy Castor, D-Fla., said, “To be effective, we’ve got to go to where kids are with mental health, emotional health resources, and that means going into the schools.” Early spotting is MHFA’s goal.

But it’s unclear if MHFA is actually achieving its goal. Research shows that in most cases, MHFA training in students does not improve students’ mental health. In some case studies, MHFA has even been shown to decrease the mental health of students.

In a report by the Manhattan Institute, MHFA studies’ results were collected and put into a table showing the program’s ineffectiveness. Out of 46 published reviews, 13 impact case studies were from the official MHFA website, 14 used a randomized control trial design, 7 examined the beneficiary outcomes of the program, and 16 were completed by an MHFA program creator. The results varied between cases, but all of them showed detrimental results as a consequence of MHFA programs.

The website for the MHFA disputes these statistics, touting their program as highly effective with personal success stories and their own research. But their numbers and anecdotes are from the attendees who receive training on the program, instead of the trainees’ targeted demographic.

The Manhattan Institute study indicates “that of 181 articles on MHFA, 90% focused on the educational benefits for trainees, and none focused on the effectiveness of patient help-seeking behavior. Two trainee benefits that are often promoted include self-reported confidence in the ability to help and improved mental health literacy. Research does not suggest that these outcomes translate into better outcomes for intended beneficiaries.”

MHFA also creates an overdiagnosis dilemma: those who receive training are more likely to be on alert for signs of mental illness. This may lead to perfectly healthy students who merely exhibit occasional symptoms of mental distress receiving unnecessary or even harmful treatments that could have gone to an in-need student.

This indicates that mass shootings will not be solved effectively through Mental Health First Aid, increased funding for which will only waste taxpayer money. Gun violence is horrific, and it warrants solutions that will actually help Americans.

Corey Kendig writes for The College Fix and is a student at Grove City College.

Republicans Are Failing Unless They Are Disrupting, Discrediting, And Destroying The Bureaucracy

Congress Must Abandon Its Haphazard Status Quo Of Budgeting By Crisis