Explosive revelations in the Wisconsin Legislative Audit Bureau’s report on the 2020 presidential election confirm what many in the key swing state have long suspected: Those tasked with administering the election willfully ignored and openly violated state law.

The Wisconsin Elections Commission (WEC), the governmental body tasked with administering elections in Wisconsin, is comprised of six appointed commissioners, three from each political party, and a staff that reports to them. Critically, if the commissioners deadlock on an issue before them, no official action is taken and local authorities are left to interpret the recommendations of WEC’s staff.

As a result, the overwhelming majority of WEC’s decisions during the 2020 election cycle were essentially made by unelected, unappointed, and obviously left-leaning bureaucrats. Both they and the commissioners who oversee them were downright derelict in their duty to fairly and impartially supervise an election run by city and county clerks and poll workers who were not properly trained and did not receive accurate, lawful guidance.

For instance, Wisconsin Statute 6.87(9) provides that “if a municipal clerk receives an absentee ballot with an improperly completed certificate or with no certificate, the clerk may return the ballot to the elector, inside the sealed envelope when an envelope is received, together with a new envelope if necessary, whenever time permits the elector to correct the defect and return the ballot.”

In direct violation of this law, WEC issued guidance to clerks in 2016 that allowed clerks to “cure” such incorrect information on ballot certificates themselves. The Legislative Audit Bureau (LAB) did not investigate the number of certificates that clerks cured, but still found a significant number of incomplete ballots that, according to state law, should not have been counted.

Incomplete Ballots Shouldn’t Have Been Counted

Auditors reviewed 14,710 absentee ballots cast in 29 municipalities across the state, including nine of the 10 cities in which the highest numbers of absentee ballots were cast. Stunningly, the City of Madison refused to allow the LAB to physically handle its ballots. Madison, Wisconsin’s capital and the most heavily Democratic city in the state, was the primary reason Joe Biden won Dane County over Donald Trump, as it voted for Biden by a whopping 75.7 to 22.9 percent.

While this does not necessarily sound like a major problem with incorrectly filled-out ballot certificates, when those numbers are applied to the 1,963,954 total mail-in votes cast in Wisconsin, it reveals a significant problem.

The Associated Press’ VoteCast survey estimates that 58 percent of Biden voters and 40 percent of Trump voters cast absentee ballots, either by mail or early in-person. Assuming that this trend held in Wisconsin, and that none of these absentee ballots were disqualified by election officials, a rough estimate indicates many more Biden votes than Trump votes should legally not have been counted.

Even if you include Wisconsin’s 0.2 percent rejection rate for absentee ballots in 2020, all this is easily enough to put Biden’s lead well within a few-hundred-vote margin (we can only be approximate as we know the national but not Wisconsin portion of voting that was absentee). That margin flips narrowly depending on how many voters for each candidate actually voted absentee, the actual numbers of legally inadmissible ballots counted, and the ballot rejection rate.

According to Wisconsin Statute 6.84(2), ballots that do not have complete voter and witness names, addresses, and signatures on their certificates “may not be counted” and “may not be included in the certified result of any election.”

If tens of thousands of votes legally should not have been counted were in fact counted, it is obviously a major problem. However, the LAB could not determine the full extent of that problem because the City of Madison — which had one of the highest totals of absentee ballots returned in the state — refused to allow auditors to review its ballots.

The potential for fraud is obviously high when ballots are counted even though they lack legally required voter and witness information, but LAB’s audit makes clear that WEC is not especially interested in rooting out or even looking for fraud.

The multistate Electronic Registration Information Center (ERIC) system is designed to prevent vote fraud by allowing state election authorities such as WEC to see whether someone on their voter rolls has moved to, registered to vote in, or died in another state. In the runup to the 2020 election, WEC never bothered to check for any of this.

Interestingly, the only ERIC report WEC ran — in May 2020 — was for “eligible residents who are not registered to vote.” The implication is that WEC wanted as many people voting as possible, regardless of whether they were lawful voters or, well, even alive.

This is apparent in WEC’s refusal to properly administer new voter registration. Of the 957,977 people who registered to vote for the first time in 2020, 45,665 did not match Wisconsin Department of Transportation (DOT) driver’s license records.

Sixty-three percent of these mismatches were due to a different name on the voter registration than on the driver’s license. While WEC’s staff indicated a non-match could have occurred if, for example, an individual registered to vote as “Robert” but was listed as “Bob” on a driver’s license, it is unclear why exactly the mismatches occurred because the state transportation department does not provide WEC any personally identifiable information.

“As a result, clerks are uncertain whether a non-match occurred because of only a slight difference in a given individual’s name, which may indicate little cause for concern, or a significant difference, which may indicate that an individual is attempting to register to vote by using another individual’s information,” LAB concluded, noting that “WEC’s staff indicated that no attempts were made to match the personally identifiable information provided by 13,800 individuals.”

This means that 45,665 people voted after providing information on their new voter registration that did not match DOT records, and WEC — the agency responsible for stopping the very sort of fraud such mismatches may be strong evidence of — never bothered to even try to match information for 13,800 of them.

That is unconscionable and seems to indicate an agency that is actively avoiding its duty to find fraud. How else could one explain the LAB’s finding that WEC simply ignored state law and did not obtain electronic signatures from DOT records to match with the signatures on voter registrations or ballots?

Without an ability to match signatures, how could WEC possibly check if the person whose driver’s license is on file with the DOT is the same one who has just registered to vote? Perhaps a better question might be “what is WEC afraid of finding if it did match signatures?”

Many Other Possible Voting Violations

In its audit, LAB proved to be far better at finding fraud than WEC — even though it, too, was not looking for it.

“We found that the names and dates of birth of the individuals associated with 24 of the 70 voter registration records that we identified by using our criteria matched similar information in 24 other records,” the audit discovered. Data indicate 4 of the 24 individuals may have voted twice by absentee ballot, the audit noted.

In addition to this potential evidence of double voting, LAB also found eight felons who voted and that “11 individuals who died before November 3, 2020, likely voted in the General Election.”

Such potential fraud was made possible by an out-of-control rogue agency that repeatedly ignored Wisconsin statutes. As the MacIver Institute summarized:

WEC violated state law by not issuing rules on how to train special voting deputies or election inspections.

WEC told clerks they could go home on Election night and return the next day to finish counting, even though that is illegal.

WEC told clerks they could relocate polling places within 30 days of the election, even though that is illegal.

WEC failed to include current state law in its administrative rules on how to train municipal election workers. The rules have not been updated since 2016.

WEC violated state law by not reporting the error rates for electronic voting equipment used in the Nov. 2020 election.

While this would obviously raise the possibility of massive fraud, WEC never bothered to look into whether any of these 48,554 voters were who they said they were.

Why not? It is WEC’s job to investigate these sorts of issues and ensure that Wisconsin’s elections are both clean and fairly run. But through its repeated refusal to follow state law this agency has ensured only that it can never again be trusted.

The Wisconsin Senate has announced an investigation into LAB’s findings as well as why the City of Madison refused to allow its ballots to be examined. It cannot come soon enough. Even though the LAB never looked into such obvious and odious schemes as Madison’s “Democracy in the Park” ballot harvesting operation and the takeover of Green Bay’s election operations by Facebook-funded partisans, the audit revealed enough evidence of widespread lawlessness to warrant a wholesale restructuring of how elections are run in this state.

Dan O’Donnell is a talk show host with News/Talk 1130 WISN in Milwaukee, Wis. and 1310 WIBA in Madison, Wis., and a columnist for the John K. MacIver Institute. 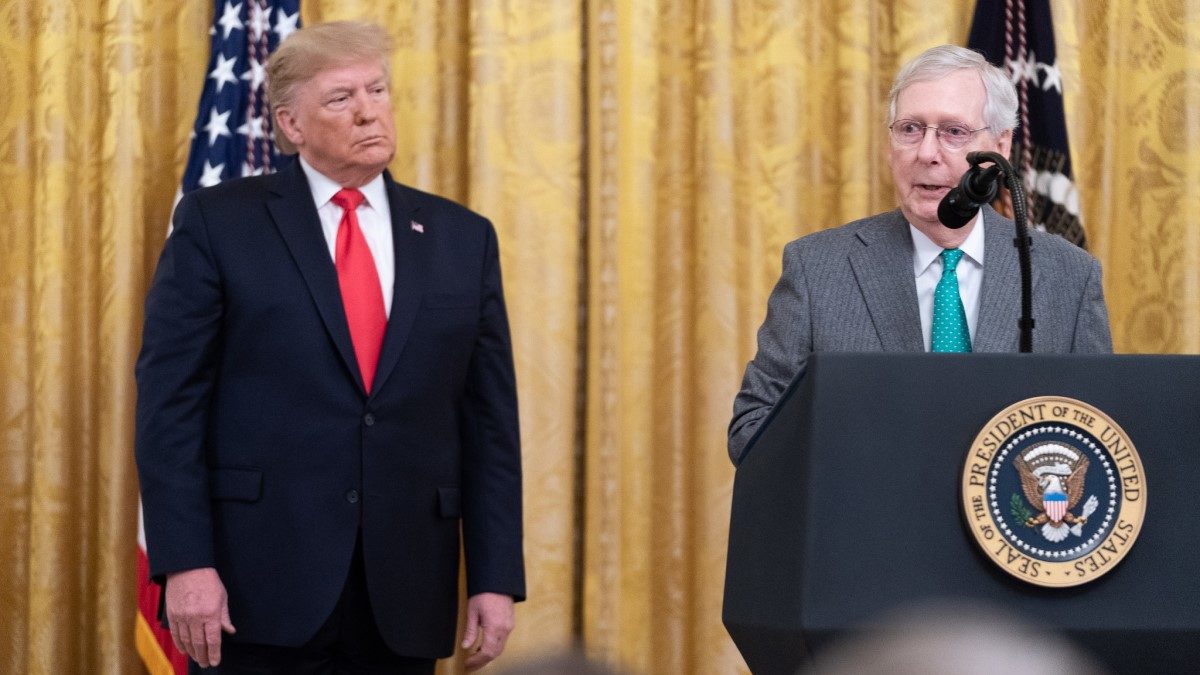