It’s May 4, Star Wars Day, so Disney has graced us with some new content from the galaxy far, far away on their streaming service, Disney Plus. The marketing focus is the early debut of the Skywalker Saga’s final film on streaming, but that really doesn’t interest me. What does is the premier of a new series entitled “Disney Gallery,” which takes a look at how the first season of “The Mandalorian” was made.

Mando was a smash hit for Disney Plus last fall when the service launched. As the first ever live-action Star Wars television series, created by Jon Favreau and Dave Filoni, the show tells the story of the titular character, a bounty hunter making his way in the Star Wars universe after the fall of the Empire. The breakout star of the series was “Baby Yoda,” a $5 million puppet officially called “The Child.” In “Gallery” we get an inside look at how this fantastic series came together. The whole premise of this show reminds me of Favreau’s classic IFC show from the early 2000’s called “Dinner for Five,” in which he gathered celebrity friends around a dinner table and they shared stories of their careers. It featured people like Will Ferrell, Peter Berg, Jeff Goldblum, and even Star Wars alum Carrie Fisher. 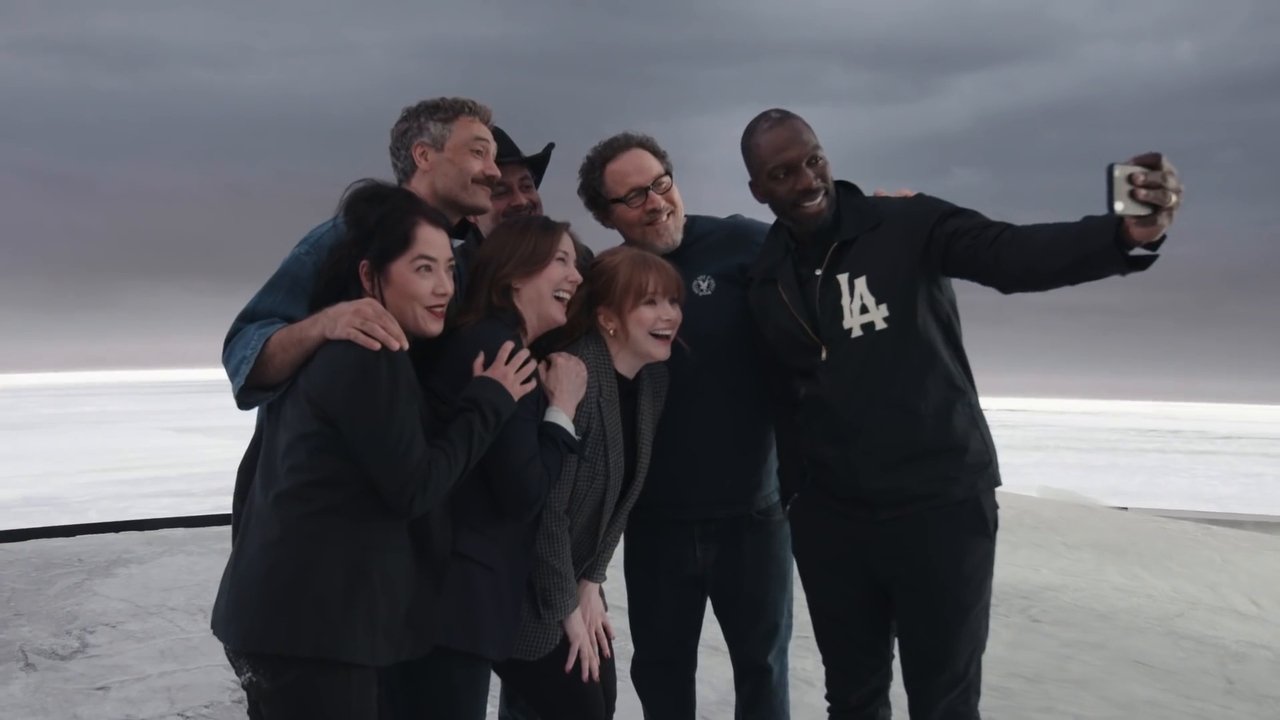 In “Gallery,” Favreau sits around a table covered with a black cloth, no dinner this time, with Filoni, Taika Waititi, Rick Famuyiwa, Deborah Chow, and Bryce Dallas Howard. They each tell the story of how they came to be directing an episode of “The Mandalorian,” and as they talk about their episodes, we get great spliced in glimpses of behind the scenes footage.

Filoni, who also closed out the “Star Wars: The Clone Wars” animated television series with the final episode this morning, goes first as he tells the story of how he got the job working for George Lucas way back in 2005. Filoni is the Obi-Wan Kenobi of Lucasfilm now, having worked with George on the last bit of Star Wars he contributed to, “The Clone Wars.”

At one point in this episode of “Gallery,” Waititi notes that Filoni is like a walking Wookieepedia, saying he, “knows all the Star Wars lore.” Chow says Filoni “innately knows what’s right and wrong for Star Wars,” which is why I think he needs to take over the job of running all of Star Wars from Kathleen Kennedy, but that’s another piece altogether.

Filoni had the tough task of directing the pilot episode of “Mando,” his first live-action direction work, but as we see in “Gallery,” because he’s so well versed in Star Wars, so in touch with what George’s unique vision of the universe was, he was the perfect man for the job.

We then hear from Chow, who came into this project after directing episodes of “Mr. Robot,” “Iron First,” “Jessica Jones,” and “Better Call Saul.” As Favreau says, Chow “has action in her bones,” and it’s clear in all her projects, especially in her contributions to “The Mandalorian.” Chow said she loved doing “Mando,” and specifically, “loved killing stormtroopers.” Chow was responsible for episodes three and seven in “Mando’s” first season, both action packed and both pivotal to the story. Chow made such an impression on the folks at Disney with her work on “Mandalorian” that they’ve chosen her to helm the Obi-Wan Kenobi series that is currently in development for Disney Plus.

Next Favreau introduces us to Rick Famuyiwa, who did two very different episodes of “Mandalorian” last season. First he did “The Child,” where he had the responsibility to pick our collective jaws off the floor after we were left with the cliff hanger of the first episode that introduced “Baby Yoda.” Then he did what was undoubtedly the most unique episode of the season, “The Prisoner,” where we got to see a sort of horror meets heist movie as Mando and some former associates spring someone from a prison ship. Famuyiwa says he loves to make stories about “misfits, and people who don’t usually get a camera pointed at them,” so he tells the table he was really excited to spend time filming Jawas for “Mandalorian.”

Bryce Dallas Howard was the most inexperienced of the directors Favreau hired for “Mandalorian.” She’s an accomplished actress, and the daughter of Oscar-winning director Ron Howard, but had only done a few shorts and one documentary, never anything as big as a prestige television piece like “Mando.” Favreau jokes that they threw Howard in the deep end of the pool with her episode because it featured a forest, water elements, and a giant mechanical vehicle. Howard dealt with it all very well, though, and produced an episode with a lot of heart, where we learn a lot more about Mando, his new friend Cara Dune, and the lengths people will go to in an effort to protect those they care about.

Finally, we hear from Waititi, who not only directed the season finale of “Mandalorian” but also provided the voice for one of the key characters throughout the season, IG-11. Taika, who when he came to this project was hot off directing the most entertaining of all the Marvel movies, “Thor: Ragnorok,” talks to Favreau and the table about how he came up in this business having to do most everything himself, and it wasn’t until his recent success that he feels he got to play in the big leagues. It’s an interesting bit of insight from one of Hollywood’s most genuinely odd and wonderful personalities. Favreau notes that one of the reasons he brought Waititi into the project is because he knows “how to find humor in the action,” and if you look at the episode he directed, it has plenty of light-hearted moments even though it’s so intense.

What’s clear in this first episode of “Gallery” is that Favreau and Filoni have created a wonderful environment for Star Wars to grow and evolve. It’s a group of smart, creative people who truly love the sandbox they’re playing in at what Filoni calls “Star Wars Camp.”

This is the future of the galaxy far, far away, and I can’t wait for another look at how it’s being made. More episodes of “Disney Galley: The Mandalorian” debut each Friday, starting at the end of this week.