Hillary Clinton unveils her economic plan with the equivalent of an AOL dialup screech.

Hillary Clinton plans to take the stage at the New School in New York City today, open her mouth, and let loose with the economic policy equivalent of the AOL dialup screech.

“Clinton’s aide said she will discuss some of the structural forces conspiring against sustainable wage growth, such as globalization, automation, and even consumer-friendly “sharing economy” firms like Uber and Airbnb that are creating new relationships between management and labor (and which now employ many Obama administration alumni). But she will argue that policy choices have contributed to the problem, and that she can fix it.”

And how will she fix it? “Mrs. Clinton will call for raising the minimum wage, increasing taxes on the wealthy, boosting the power of unions and reducing health-care costs.” Wow, such innovation, so advance, much new. 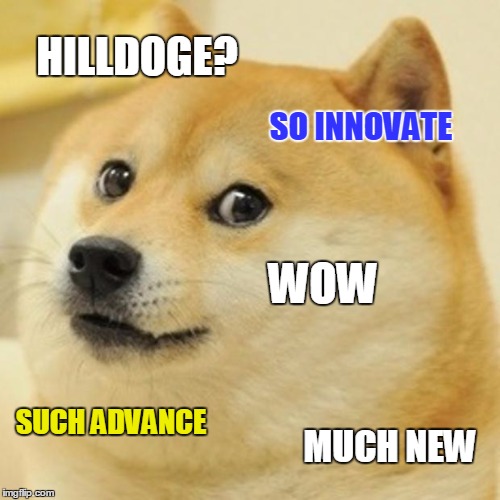 While Clinton is giving her remarks this week on how she’ll slather old progressive policy priorities over the sexy new sharing economy like so much unsatisfying Hershey’s, Jeb Bush will reportedly be heading to San Francisco, where he plans to hail an Uber and tour Thumbtack.

We’re at a juncture in American politics where the existing political hierarchy, bureaucratic problems, and entrenched interests prevent sensible, reasonable, growth-inducing reforms from being achieved. You see this across all sorts of different areas – not just in the realm of technology, but health care, energy, school choice, welfare, criminal justice, and more. The nonsensical regulatory steps of the administrative state are again and again the barrier to reforms that allow for competition and creative disruption.

If the next generation of voters have an affinity for free market ideas, it is because they overwhelmingly approve of these new disruptive technologies, and find the burdens of entrenched interests to be irritating, pointless, and unnecessary. And this isn’t just true of voters, but of independent contractors themselves. You know what would make the sharing economy better? If Uber was more like taxi cabs, if AirBNB was more like a hotel, and if everyone on Thumbtack was verified via a suitable (and suitably costly) system of government licensing.

The odd aspect of this course for me is how much it doubles down on the worst aspect of Clinton’s brand: that she is merely a Nixonian power-seeker uninterested in the priorities of the people, even the people who make up her base. This is the reason for the Bernie Sanders boomlet, broadly speaking. If you’re a campus-minded progressive, why would you support Hillary Clinton? She is not one of you, never has been, and never will be. In 2008, the base didn’t love her, kept their options open, and hoped an alternative would emerge – and it did. There may not be one this time around, but that doesn’t change the fact that Hillary’s still not a very good politician – she’s not charming or witty or engaging or cool or candid. She inspires a set of women who share her priorities and look like her – and beyond that, there is little else to love. Deep down, everyone knows who and what Hillary is. And while they might vote for it, they don’t admire her or see themselves in her.

These economic proposals just reveal how little the corporatist machine of today’s Clinton-ruled Democratic Party has to offer in terms of adapting to the demands of the consumers and workers in the modern disruption-fueled economy. (Contrast it with the sort of ideas you hear from Gavin Newsom’s “Citizenville”, for instance.) It demands that the new economy play by the rules of the old. It is a stance against localism, against innovation, and in favor of a war against the contractors making money through new disruptive technology. Hillary Clinton is arguing for keeping the old world intact in amber, and using the force of regulation and redistribution to insulate more people from economic risk. In a sense, it’s an invitation to cast off the lure of the startup and learn to love the machine. Don’t worry, folks: in Hillary’s world, we’ll all be too big to fail.