Foreign citizens often don’t know they aren’t allowed to vote, which subjects them to deportation. The only winner is the party that gets their vote. 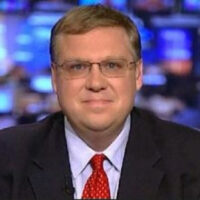 Foreigners are voting in our elections. It isn’t just in the sanctuary city of New York, where 800,000 foreigners just got the power to vote in municipal elections.

Foreigners voting occurs all over the country. Over the past few years, the Public Interest Legal Foundation, of which I am president, has uncovered government records showing foreigners voting in Pennsylvania, Texas, New Jersey, and California.

States are also victimizing these foreigners. Pennsylvania let aliens register to vote for more than two decades on a broken department of motor vehicles registration process.

Unwitting aliens often don’t know they aren’t allowed to register and vote. Meanwhile, committing an election crime such as illegal voting subjects them to deportation. The only winner is the political party that reliably gets their votes.

Just this week, we uncovered more evidence of foreigners voting in our elections, this time in the swing state of North Carolina.

In 2019, the North Carolina State Board of Elections denied the foundation access to documents relating to foreigners registering and voting, so the foundation sued the board. Following a ruling by the Fourth Circuit Court of Appeals affirming that the National Voter Registration Act requires disclosure of these documents, the board agreed to settle the case.

Inspecting these list maintenance documents serves an important purpose by allowing one to identify how foreigners are getting registered to vote. That is a key first step to improve the system and ensure that these errors do not continue to happen.

Often, it is the fault of the government. For example, a voter registration form will have a question at the top asking if the potential registrant is an American. One may check “no” and, due to errors by local elections officials, still get registered to vote.

Nobody should want this. Only Americans should be electing American leaders. States need to examine their voter list maintenance procedures and ensure they are keeping non-citizens off the voter rolls.

We will continue the effort to catalog and expose government mistakes and election malfeasance. Americans have a right to know about the vulnerabilities in our election system.