In Mark Bauerlein’s ‘The Dumbest Generation Grows Up,’ the notable English professor offers a bleak but accurate diagnosis of the millennial generation’s problems.

In the early 2000s, when millennials were coming of age, many people were optimistic about their prospects. They were growing up with the internet, entering a brave new world where everyone was connected, engaged, and more affluent than ever. All this awesomeness was compounded when smartphones came out less than a decade later.

During this wonderful time, few people dared to suggest that all these new high-tech amenities and continual indulgence would spoil millennials. Rather, many people really believed they would be the most successful generation in history.

However, there were a few voices in the wilderness, calling for sanity and a sober analysis of these innovations. One such voice was English professor Mark Bauerlein, who saw what was happening to young people. In 2008, he wrote the The Dumbest Generation, arguing that millennials would become increasingly ignorant, vain, and immature because of their chronic use of digital technology.

Thirteen years later, Bauerlein’s predictions have largely become true. As he explains in The Dumbest Generation Grows Up, a sequel to The Dumbest Generation, many of today’s millennials are not thriving as predicted, but instead are “ending up behind a Starbucks counter or doing contract work, living with their parents or in a house with four friends, nonetheless lonely and mistrustful, with no thoughts of marriage and children, no weekly church attendance or civic memberships, more than half of them convinced that their country is racist and sexist.”

And yes, they are still the dumbest generation, reading less than any previous generation and knowing next to nothing about the world they inhabit.

The Most Illiterate Generation

With an obvious desire to tell the world, “I told you so!” Bauerlein begins his book recalling the false predictions of success for millennials. Even though they had every reason to be concerned about the vast amount of idiotic online content young people were consuming, they preferred to see this as a good thing: “Lighten up, we were told, instead of fearing these kids who were passing them by, said the most progressive admirers of this new generation gap, the elders had a better option: ‘What Old People Can Learn from Millennials.’”

Realists like Bauerlein were berated as spiteful curmudgeons who failed to appreciate the many virtues of the internet. Curiously, it wasn’t the software engineers and programmers making this argument (many of them limit their children’s exposure to screens), but the humanities instructors who saw the new technology as a shortcut to developing critical thinking skills and being knowledgable.

Besides struggling with the basics of adulthood, Bauerlein also argues millennials are dangerous to civilized society. They are entranced with the idealized utopias and “can’t understand why that blessed condition shouldn’t materialize here and now.” This has resulted in a noticeable radicalization among young people, who violently protest any views that differ from their own. Although most of these self-styled social justice warriors justify their actions as a noble resistance to true evil, so much of it amounts to collective temper tantrums.

Baffled by these outbursts from otherwise privileged young adults, Bauerlein seeks to understand the underlying motive—assuming there is one. After making a few inquires and observing millennials in their natural habitat, Bauerlein settles on two vapid but nonetheless serious mantras: “Everyone deserves to be happy,” and “It doesn’t matter who you love.”

Even a cursory knowledge of literature would dispel these notions. As though happiness were something you could complain into existence. As though all forms of love always work out for everyone involved.

This simplistic logic frequently manifests itself in the many slogans, mission statements, and mottos that have come to characterize woke culture. Bauerlein notes the “hack language and lax thinking” and admits that “the bad rhetoric strengthens [the millennial protesters’] case.”

After all, the woke warriors have mostly gotten what they want. They aren’t challenged; they are constantly affirmed; and they continue to hold the moral high ground despite destroying civilization. Then again, this undeserved outcome often leaves them feeling “bitter, suspicious disappointed, cancel-conscious unforgiving, and vengeful.”

For Bauerlein, so much of this generational failure can be traced to the decline of reading. Accordingly, he devotes nearly a quarter of his book showing the connection between reading and personal wellness.

It’s no secret that millennials have ditched reading in favor of screens and social media. What might be less known is how this has affected a generation of human beings unable to cope with existence in its fullness: “It deprived the young of the knowledge and acumen that men and women rightly possess, the exposure to human nature up and down the scale of human evil, beauteous and vulgar, smart and stupid, to strange times and faraway places, acts of heroism and disloyalty, the most eloquent words and sublime sounds and perceptive images.”

Indeed, perhaps the best part of Bauerlein’s book is his defense of literary reading. While one can lament the drop in SAT scores or the elimination of various liberal arts programs (and Bauerlein does more than his fair share of this), there’s also the psychological training that accompanies the reading of a novel. Real empathy, real analysis, and real introspection are what comes from a good novel. As Bauerlein’s friend succinctly puts it, “a good novel is very good psychology.”

So it follows that when a person lacks this experience, he or she will see others as flat characters that lack minds of their owns. They will rush to judgement, misinterpret words and behavior, and never really come to an understanding about anyone, including themselves. This brings about immense frustration in millennials: “They’re more unhappy, not less, and the trouble they have with people of different beliefs and values, their rising intolerance and readiness to cancel, indicates that this superficial conception of human nature is a not-insignificant factor in their unhappy lives.” This frustration often makes them barbaric, immature, and profoundly lonely.

In his final chapter, Bauerlein expands his scope to popular culture. He notes wistfully how the poet Robert Frost filled the stands of a sports stadium in 1962, something that would be unthinkable now since most millennials wouldn’t know Robert Frost, let alone go and listen to him.

This then transitions to the story of Stanford’s Western Civilization course, which came under fire in the 1980s, experienced various transformation in the past few decades, and was eventually dissolved beyond recognition. By the end, the removal of Western Civ course “was an emotional contest, not an intellectual one.” No one benefited from its removal, but they certainly lost a great deal.

Ironically, all this was supposed to help the cause of the marginalized and oppressed, but only succeeded in depriving them the tools for self-advocacy and intellectual competence. Thus, Bauerlein discusses the rise of Civil Rights icon Malcolm X, who came from nothing but became educated through his constant reading in prison.

Today’s technology-saturated world would have deprived a man like Malcolm X from this kind of learning: “A soul so uprooted and demoralized doesn’t need ‘equity, diversity, and inclusion.’ It needs a history, literature, philosophy, religion, a tradition complete and concrete, a meaningful framework.” This assertion should be obvious to anyone, but this kind of common sense is lost in today’s academia.

Perhaps the biggest weakness of the book comes at the very end. After illustrating the problem in so much depth, Bauerlein offers no solutions. Rather, he is openly pessimistic: “The millennials have exited young adulthood forever; their intellectual habits are formed for life. They’re lost, they’re gone, it’s over for them.” It’s a surprising and disappointing conclusion from a writer as well-read and brilliant as Bauerlein, and it suggests that the wonders of reading, scholarship, and the intellectual life count for little.

Moreover, speaking as a millennial myself, it’s hard not to take this somewhat personally. While Bauerlein was writing The Dumbest Generation, I began my career as an English teacher. I fought the same battles against smartphones, internet culture, and educational gimmicks that he has. I’ve always made it a point to read the classics and defend the humanities against the blockheads who claim they are obsolete, bigoted, and boring. True, I did not do this in the lofty ivory towers of a university campus, but in modest public school classrooms.

So I would contend that Bauerlein is quite wrong to doubt my generation altogether. Even if we’re a minority, there are those of us who agree with him and are doing our part to change the culture. And, as Bauerlein himself concedes, it’s not the millennials’ fault that we’re “the dumbest generation”; it’s his generation’s fault, the Baby Boomers.

But aside from its bleak ending, The Dumbest Generation Grows Up is an excellent analysis of millennials as well as a strong case for learning the classics and cultivating the habit of deep reading. Even if his judgments are sometimes harsh, they’re usually accurate.

Fortunately, millennials are still relatively young (the oldest are in their early 40s), and they can still change their ways. It may be an uncomfortable and humbling experience to hit the books and confront one’s intellectual and moral shortcomings, but it is ultimately a satisfying and necessary one.

How To Smear Christianity Without Really Trying 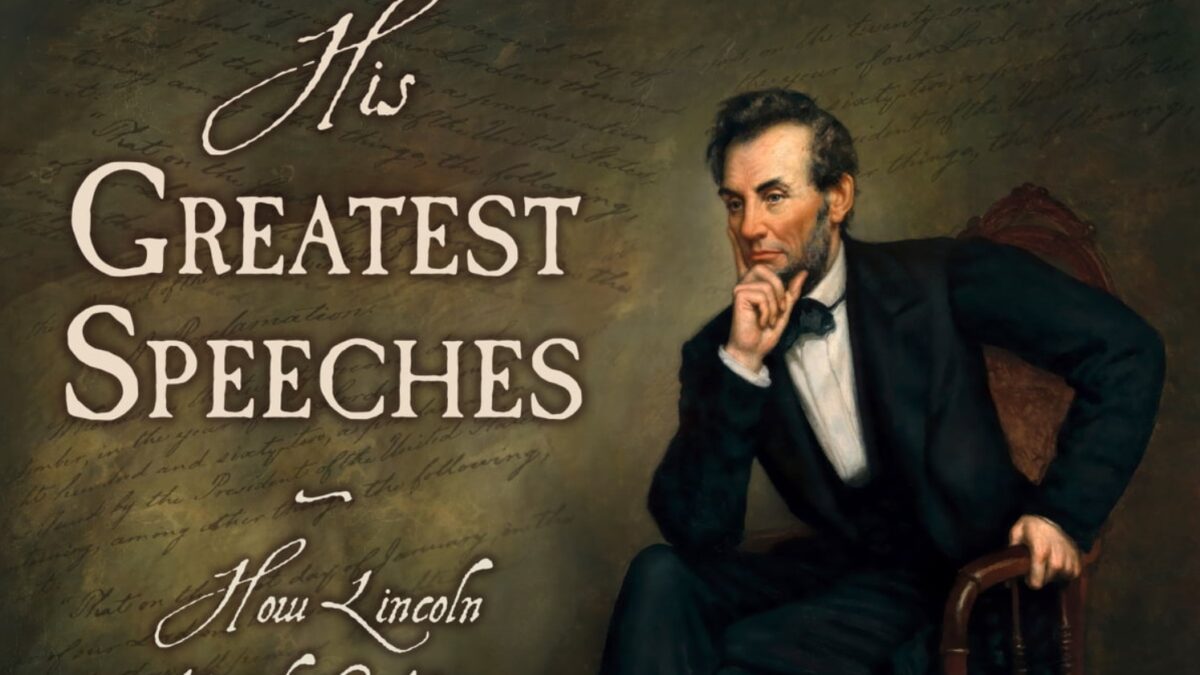