These carols remind us that the wonder of Christmas does not simply extend to the birth of Christ, but also to His passion and death for our sake. 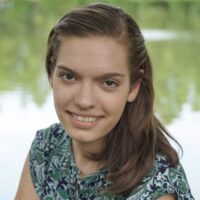 The Christmas season is one of those few times for which we have a deep and beautiful tradition of music still preserved in practice.

Whether it’s “Joy to the World,” “Silent Night,” or “Angels We Have Heard on High,” these well-loved tunes can transport us back to mid-December days with family, or late nights walking from door to door in the snow with cookies and a song.

So many of them speak of the great mystery of the Incarnation: that Christ descended to Earth to become one of us, driving away sin and sadness. Although we may love to sing about the heartwarming aspects of Christmas, some of the most beautiful and lesser-known carols are the ones that juxtapose Christ’s birth and death.

These are the carols that remind us there is a paradox in celebrating the birth of an innocent Child who would ultimately suffer and die for our sins. As you prepare to celebrate the holiday season, here are a few carols that recall the tragedy of Christmas.

Maria Walks Amid the Thorns

This German carol technically belongs to the season of Advent — the four weeks that serve as a preparation in the liturgical year for Christmas. It’s a time with its own beautiful traditions and carols.

In German, its title is “Maria Durch Ein Dornwald Ging“; the text describes Mary’s journey to the home of her cousin Elizabeth. According to its legend, Mary, bearing the Christ-child within her womb, walks through a thorn wood, which bursts into bloom.

Mary wandered through a wood of thorns,

Mary wandered through a wood of thorns,

Which was leafless for seven years.

The thorns had roses there,

As the babe was carried through the woods,

There were roses with thorns on them.

While the carol does not explicitly reference Christ’s death, its constant refrain of Kyrie eleison calls to mind the ancient penitential cry of the church. The thorns reference both the crown of thorns and the seven sorrows of Mary, among which are Christ’s death and burial.

The holly is an iconic Christmas decoration, but its evergreen qualities weren’t the only reason to adopt it as a symbol for the season. In the pagan world, it symbolized hope, fertility, and eternal life. Christianity claimed it, turning its symbolism into a potent reminder of the reason for the Incarnation.

The Sans Day Carol, named after a small village in Cornwall called St. Day, where it was first recorded in the early 20th century, expounds on the Christian symbolism behind the pointy green leaf with its red berries.

Now the holly bears a berry as white as the milk,

And Mary she bore Jesus, who was wrapped up in silk.

Now the holly bears a berry as green as the grass,

And Mary she bore Jesus, who died on the cross…

Now the holly bears a berry as black as the coal,

And Mary she bore Jesus, who died for us all.

The juxtaposition between the kingship of the Christ-child and His death on the cross for mankind is the primary marker of songs like this, which point out the deep and sacred paradox of Christmas.

Despite its focus on the coming death of Christ, the Sans Day Carol does not leave its singers without hope: Its last verse points to His coming resurrection.

Now the holly bears a berry, as blood is it red,

Then trust we our Savior, who rose from the dead.

Known in German as “Schlaf Wohl, du Himmelsknabe,” this beautiful carol approaches the nativity from the perspective of the shepherds who are singing the Christ-child to sleep. Their lullaby is poignant, painting a perfect picture of the sleeping Child, heavenly angels, and Mary and Joseph standing by.

The sheep in the stable,

Are silent before you, heavenly Child,

Suddenly the words change their tone, contrasting the peaceful scene with the coming Passion and death of Christ.

Soon you’ll grow up, then your blood will flow

On the cross the anger of men will strike you,

Then they’ll put you in the tomb.

Always have your little eyes closed,

For you need a sweet rest.

The poignant juxtaposition is a striking reminder of the paradox of Christmas; nevertheless, the song ends with a prayer that God, Who came to take part in our pain, would help us endure it with patience.

What Child Is This?

There is no question that this is a well-known and well-loved carol. Sung to the tune of “Greensleeves,” the poem is again written from the perspective of the shepherds. This time they are seeking the identity of the Child they have come to see.

What is perhaps less well known is the second verse, which turns from Bethlehem to Calvary.

Nails, Spear shall pierce Him through

The cross be borne for me, for you.

Hail, Hail the Word made flesh,

The Babe, the Son of Mary.

This carol and those like it are reminders that the wonder of Christmas does not simply extend to the birth of the Creator of the world in a stable, but also to His passion and death for our sake. There is a gentle tension that these carols point out, beautiful and moving, that the peaceful image of God in a manger is the prelude to His brutal culmination on Calvary and ultimately His glorious resurrection.

Aubrey Gulick is a senior pursuing her undergraduate degree in history and a minor in journalism and music at Hillsdale College. She can be found on Substack, where she writes on history.

Ricky Skaggs Found His Calling: Honor God And Bluegrass — And Play As Fast As He Can