Gisele didn’t just let Brady have a turn; she propelled him forward. She helped make him the GOAT. Now he needs to return the favor. 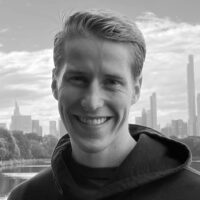 When Tom Brady left New England after 20 years to play for the Tampa Bay Buccaneers, many of us found out we weren’t Patriots fans, we were Brady fans. We couldn’t help checking the Bucs box score each week, and suddenly, Bill Belichick’s cutoff hoodie and gruff press conferences weren’t all that interesting. When Brady won a Super Bowl in his first season with Tampa Bay, we all were thinking what his wife, Gisele Bündchen, said to him on the podium, “What more do you have to prove?”

Yet, he returned from his retirement this summer, and in recent days, our hero’s been under fire with rumors of a divorce brewing. Of course, these are only rumors, and even if the divorce attorneys are hired and they are living apart, nothing is certain. Vanessa Bryant filed for divorce from Kobe in 2011, and then they patched things up and were happily married until his tragic death.

Beneath the glamor of an NFL star/Victoria’s Secret supermodel couple, Brady and Bündchen’s issues are very normal. His wife wants him to spend more time with her and the kids and give her a chance to do something outside the home. He has a demanding job that he loves and doesn’t want to give up.

More than simply, “it’s Gisele’s turn now,” this spat shows how integral she’s been to Brady’s success. She didn’t just let him have a turn; she propelled him forward. She helped make him the GOAT. Now, Brady needs to pull off his greatest comeback yet: saving his marriage.

That comeback would help the Bucs get on track, too. Researchers have found that married men make more money and are generally more responsible, sociable, and diligent than their unmarried counterparts. Furthermore, a conscientious spouse that limits household drama has a noticeable effect on the other half’s income, promotion rate, and job satisfaction. Might the “cocoon” that his wife Gisele made in Boston to support him and his family account, in part, for his remarkable run with the Pats?

While all people have a dip in life satisfaction as they approach middle age, this dip is less pronounced in married men. For men whose wife is also their best friend, this well-being effect is nearly doubled. Might marrying and deeply loving a supermodel give Brady resilience as well as someone who can cut his ego down to reasonable-for-all-time-great size? Might that make him a better teammate, a better leader?

Consider the years Gisele weathered with Brady. When they first began dating in 2007, Brady had already won three Super Bowls, but in the following years, he’d suffer a torn ACL and two gut-wrenching Super Bowl losses to Eli Manning and the Giants in 2007 and 2011. These are the sorts of tragedies that can derail not only a career but a relationship.

Instead, she supported him and his family. In his words, “without her, there’s no way I could be doing what I’m doing.” He found a second wind (at the ripe age of 37), going on to win four more Super Bowls and cementing his GOAT status. Conversely, we have watched Tiger Woods, who seemed well on his way to catching Jack Nicklaus’s record, over the past years suffer a marital collapse that precipitated a series of bizarre accidents and injuries he has never recovered from. The personal and professional are intertwined.

While everyone mentions that Gisele is a supermodel, she also speaks five languages, left home at 14, lived in Japan at 16, and then moved to New York at 17 (without speaking English). She is smart and capable, and as we learned after the loss in Super Bowl XLVI, she’s got a quick wit. When a drunk fan yelled, “Eli owns your husband!” She fired back: “My husband cannot f-cking throw and catch the ball at the same time!”

As the Bucs sit at 2-2, after dropping two big games against Aaron Rodgers and Patrick Mahomes, it’s hard not to wonder whether Brady’s suffering as Bündchen withdraws the support she’s offered the past 13 years. No one can understand a marriage unless they are in it. However, what we do know can serve as a wake-up call to all of us.

As we see yet again that beauty, wealth, and success don’t solve a relationship, we might as well face our problems now instead of waiting for a change in circumstance. Brady must be asking the same sorts of questions we all ask ourselves.

How can we focus on the ones we love when our time and attention are pulled in a million directions? How do we keep turning toward our partner as the years go by and our marriage needs renewal? I want Tom Brady to stay with Gisele, and I want him to win another ring, but I think he may need the former to accomplish the latter. Otherwise, this season and this marriage may both end in disappointment.

Ben Christenson writes essays and an occasional newsletter from Fairfax, VA, where he lives with his family and 4 dogs.