Amid record numbers of illegal border-crossers, a larger crisis looms in Mexico with dire implications for the United States.

Nothing like this has ever happened before. The 2.1 million figure represents an all-time high, surpassing the previous record of 1.7 million, set in fiscal year 2021. That is to say, every year President Joe Biden has been in office has been a record-breaking year of illegal immigration. Biden’s policies are directly responsible for the ongoing border crisis, which will continue unabated until those policies change. Whatever the number ends up being for 2022, the number for 2023 will almost certainly be higher.

But the shocking volume of arrests at the border, and the dramatic footage of illegal immigrants crossing the Rio Grande or lining up by the hundreds along stretches of the border wall (or scaling it), can blind us to another, less obvious crisis unfolding on the Mexican side of the border that we need to understand if we hope to craft policies that will put an end to mass illegal immigration.

That crisis, put simply, is the gradual takeover of the Mexican state by cartels. I hesitate to call them “drug cartels,” because what these criminal organizations do goes far beyond the manufacture and trafficking of narcotics. In addition to drugs, Mexican cartels are now involved in industrial agriculture, port operations, migrant smuggling, human trafficking, and even the control and distribution of water in drought-stricken parts of the country.

These twin crises are connected. Although the border crisis is a direct result of Biden’s policies, the cartels are exploiting those policies for profit. One estimate from Homeland Security Investigations puts the figure at $13 billion annually, up from just $500 million in 2018. That is to say, illegal immigration has been industrialized by these cartels and their smuggling networks. It is not too much to say they have turned the southwest border into a vast black market, not just for deadly drugs such as fentanyl, but also for illegal immigration.

A new report from the Texas Public Policy Foundation (where, full disclosure, I once worked and am today a senior fellow) sheds some much-needed light on how the cartels have accomplished this. Their involvement in migrant smuggling — a vast enterprise that involves transportation, surveillance, logistics, accounting, and stash houses on both sides of the border — is a natural extension of their increasing involvement in nearly every facet of Mexico’s economic and political life.

The report, whose author has remained anonymous for safety reasons, chronicles the recent history of deep collusion between the Mexican state and the country’s most powerful drug cartels: “The unfortunate reality is that criminal cartels have burrowed their way into the government — and vice versa. Well-meaning public servants, of whom Mexico has many, are powerless against a nexus of senior officeholders, societal elites, and criminal cartels.”

The rot in the Mexican state, the report makes clear, goes to the very top. In 2018, just before President Enrique Peña Nieto left office, Ivan Reyes Arzate, a high-ranking member in the Mexican Federal Police, was found guilty in U.S. federal court on charges of obstructing a Drug Enforcement Administration investigation of international drug trafficking and money laundering. The case “represented the first time a high-level foreign law enforcement officer was held criminally accountable in a U.S. courtroom for interfering with a transnational organized crime investigation,” according to the TPPF report.

But if Peña Nieto’s time in office was marked by a curtailment of U.S.-Mexico law enforcement cooperation, Mexico’s current president, Andrés Manuel López Obrador, has sought to shut down such cooperation almost entirely. Thanks to a new law pushed by López Obrador’s administration aimed at curbing the operations of foreign agents (clearly aimed at the DEA), decades of U.S.-Mexico bilateral cooperation has been effectively ended. In addition to this new law, López Obrador in April shut down an elite anti-narcotic unit that had worked with the DEA for 25 years.

Since taking office, López Obrador has pursued a posture of passivity toward the cartels, especially the Sinaloa Cartel, the country’s most powerful. In so doing, Mexico’s president has transformed his naïve campaign slogan, abrazos no balazos (“hugs not bullets”), into a policy framework that can only be understood as a rebuke of the United States in favor of the cartels.

What is also different now than in the past, the TPPF report explains, is that the cartels “increasingly supplant the legitimate sovereignty of the Mexican state with their own — often in cooperation with major elements of that state. The qualitative difference since 2018 has been the near-open role of the current Mexican president in allowing, and perhaps even participating in, that cooperation.” Indeed, by some estimates cartels now control up to 40 percent of Mexican territory.

If that sounds outlandish, it is not because the facts don’t support such a conclusion but because corporate media in the U.S. are for the most part unwilling or unable to cover the issue in depth or accurately convey its implications for America.

The implications are this: As the Mexican state succumbs to the cartels, Mexico’s problems will become America’s problems. That doesn’t just mean a worsening border crisis but a breakdown of law and order all up and down the border, on both sides of the Rio Grande, and a worsening drug crisis in American cities far from the border. It means the corruption of Mexican officialdom will gradually spread to American officialdom, just as the operations of Mexican cartels have spread to every corner of the United States.

What to do about all this? The first step is for the United States to stop treating Mexico like a partner or a peer with whom we can work together to address common challenges. Our entire posture has to shift. We have to begin treating Mexico less like an ally and more like a hostile neighbor. Texas Gov. Greg Abbott, to his credit, this week took the extraordinary step of issuing an executive order designating Mexican drug cartels as terrorist organizations. While that might not do much on its own, it at least sends a signal to Washington that it is time for the federal government to do the same.

There is of course an historical precedent for this, and indeed the relatively peaceful interregnum of the past 80 years is a departure from the historical norm of U.S.-Mexico relations. We are now returning to the norm, whether policymakers in Washington realize it or not. 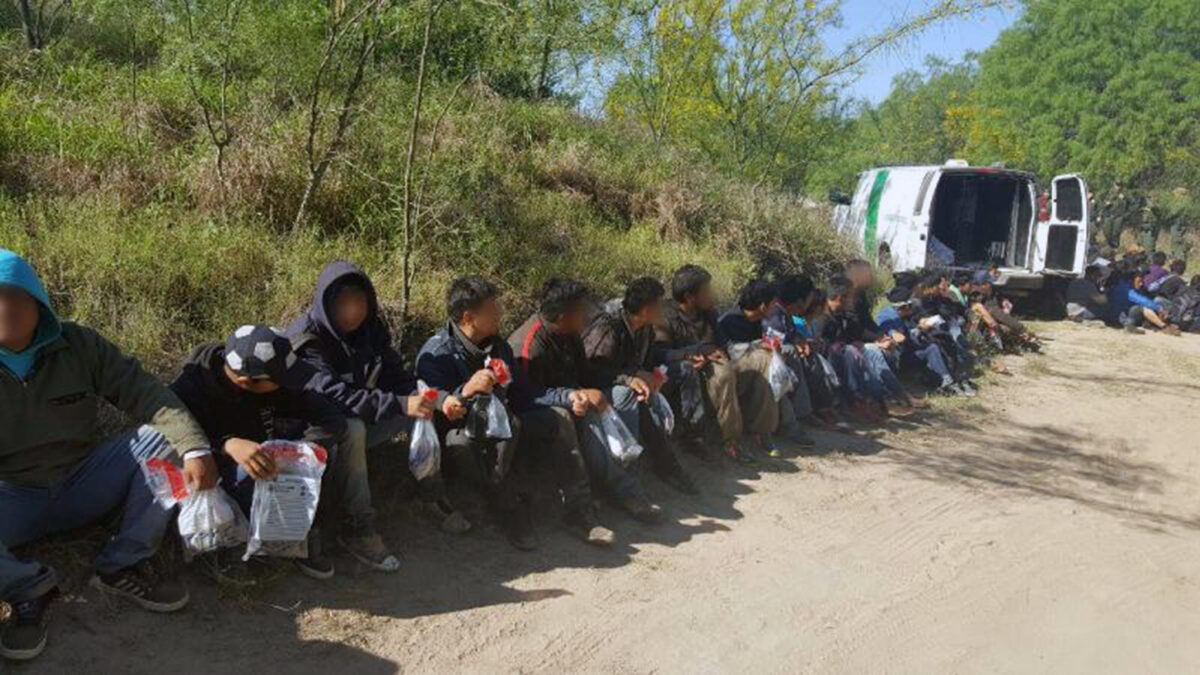