The gap between the Obama campaign’s tech operation and the Obama government’s HealthCare.gov roll-out shows how government screws up everything it touches.

Want to see a textbook example of how the federal government can screw up the most simple of tasks, like coding a website? Look no further than the gap between the Obama campaign’s tech operation and the Obama government’s roll-out of HealthCare.gov.

Take, for example, the following tweet shortly after the 2012 elections from Scott VanDenPlas, one of the top engineers for Organizing for America (OFA), Obama’s campaign organization:

In just 583 days, OFA managed to envision, design, deploy, and dismantle the most complicated and successful data operation in political history. How? By setting clear goals, hiring the best people, and refusing to repeat the mistakes of previous campaign tech efforts.

“The team had elite and, for tech, senior talent — by which I mean that most of them were in their 30s — from Twitter, Google, Facebook, Craigslist, Quora, and some of Chicago’s own software companies such as Orbitz and Threadless, where [OFA Chief Technology Officer Harper] Reed had been CTO,” the Atlantic wrote.

“We aggressively stood on the shoulders of giants like Amazon, and used technology that was built by other people,” Reed told ArsTechnica. “We had a pretty good culture of using not-invented-here technologies. And we weren’t scared about it.”

OFA’s tech team also relentlessly stress-tested its product to make sure it stayed up when it needed to stay up. From The Atlantic:

They’d been working 14-hour days, six or seven days a week, trying to reelect the president, and now everything had been broken at just the wrong time. It was like someone had written a Murphy’s Law algorithm and deployed it at scale. And that was the point.“Game day” was October 21. The election was still 17 days away, and this was a live action role playing (LARPing!) exercise that the campaign’s chief technology officer, Harper Reed, was inflicting on his team. “We worked through every possible disaster situation,” Reed said. “We did three actual all-day sessions of destroying everything we had built.”

Remarkably, the OFA tech operation suffered less than 30 minutes of downtime throughout the entire campaign. Hurricane Sandy couldn’t even manage to take down OFA’s operation.

OFA’s tech domination was so complete, that Amazon — one of the most successful tech companies in history — dedicated an entire case study to the organization’s use of Amazon’s cloud computing services, including a full blueprint of OFA’s tech architecture.

Now compare that to the launch of HealthCare.gov, the site of Obamacare’s health insurance exchanges. By all accounts, the launch of the president’s signature health care law has been a disaster. Today, a week after launch, the site is still inoperable (for example, I am still unable to log-in to the account that was finally able to create days after the site’s launch). Whereas article after article was written about the genius of OFA’s tech operation, the Internet today is overflowing with stories about what a colossal mess the Obamacare site is.

A number of commentators have even jokingly asked whether it was designed by the architects of ORCA, the Romney campaign’s infamous get-out-the-vote tool that spectacularly failed on election day and became something of a punchline for political tech nerds.

So what gives? How is it that the president who gave us an unquestionably brilliant campaign tech team couldn’t deliver the goods for a simple government-run website that lists health care plans?

“It’s pretty simple,” one federal IT contractor told me. “The government is not exactly hiring the best of the best to manage and develop these projects. It’s not like they’re bringing in people from Facebook or Google.” The private sector gets the best, and the government gets the rest.

Another major problem goes beyond the tech talent itself to the people who manage the developers. One common complaint I heard was unclear, yet constantly changing contract requirements.

“I can’t tell you how many times I’d be 90 percent done with one requested task, only to have it changed at the last minute to something completely different,” the contractor told me. “Most of the time I never had the chance to go back and finish that last 10 percent.”

Unfortunately, these aren’t problems that can be solved by simply outsourcing tasks to the private sector, because that’s exactly what the Obama administration did, according to the New York Times. One reason for the constant screw-ups is that the federal procurement system tends to reward not those companies which are brilliant tech innovators, but those which are really good at navigating the federal procurement system. Facebook and Amazon and Google will fail if they are unable to attract and retain the brightest tech minds in the world — if their products consistently fail, the companies will simply cease to exist. Your average federal IT contractor will only fail if it is unable to hire individuals who can write a really great federal contract proposal.

The HealthCare.gov snafu illustrates the core incompetency of the federal government:  because of how it is structured and who it attracts, it is simply incapable of doing much of anything that the private sector can do. If the private tech sector’s motto is “Faster, better, cheaper,” then the federal government’s would have to be, “Slower, worse, and crazy expensive.” The U.S. military might be the major exception to this assumption, but the military is also tasked with blowing stuff up rather than building it from scratch.

What better example of this seemingly inherent government ineptitude do you need than the gap between OFA’s accomplishments and HealthCare.gov’s inoperability? Both organizations were run by the exact same person:  Barack Obama. His campaign tech team had 583 days and tens of millions of dollars to work with. Obamacare’s implementers had three years and billions of dollars, and still failed miserably.

The resulting gap between his campaign and his governance ought to force a lot of people to start asking the question: if the current iteration of HealthCare.gov is the best our government can offer when it comes to simple web technology, do we really want to put the federal government in charge of our medical care? 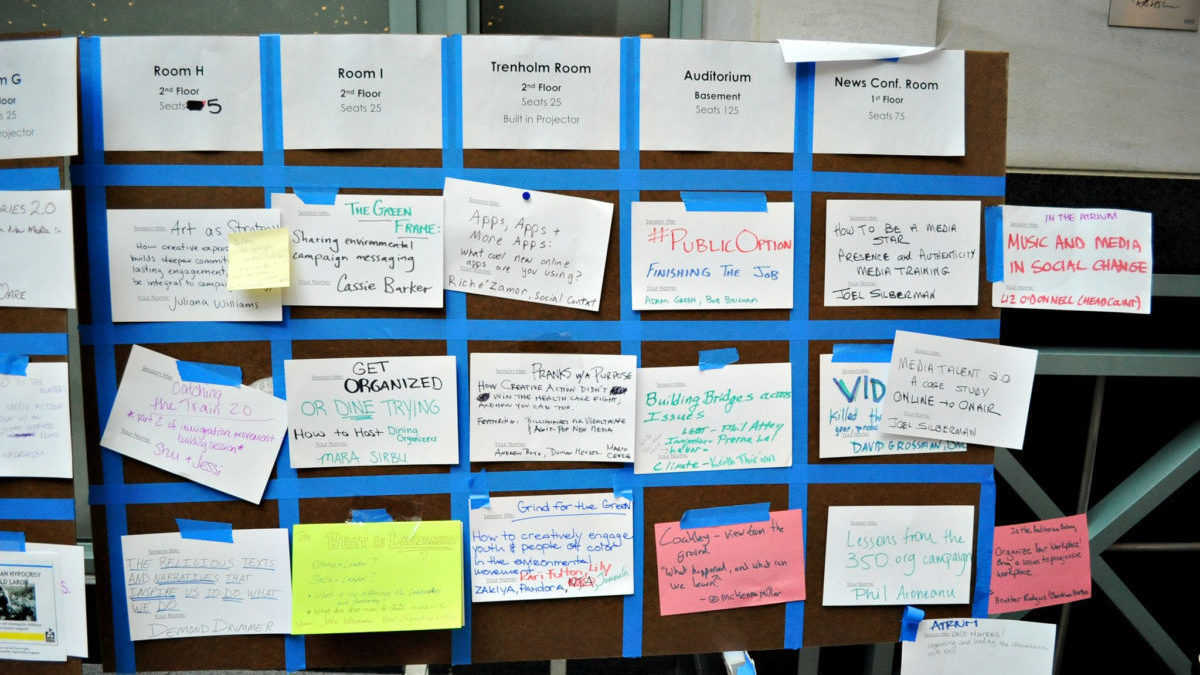